Riverside residents who need a VIN verification are not limited to having to go to the Department of Motor Vehicles. For your convenience & lifestyle there are more suitable alternatives for you that make it a lot easier for you to satisfy the Department of Motor Vehicles requirements for registering your car, truck, trailer or off-highway vehicle. In this article we aim to answer some of the most common questions when it comes to getting your VIN verification done in Riverside County.

The VIN Verification process is exactly as it says, to verify the vehicle identification number of the vehicle. This process ensures that the vehicle actually exists (not just on paper), and second, that the vehicle identification number on the vehicle itself matches what is on the title. To obtain a VIN verifier’s license is inexpensive and relatively easy – the training to become a verifier is minimal, however, the task that a Socal VIN verification entails is very important in protecting the public against theft, fraud and any other type of illegal activity that people try to do. It’s a preventative measure to facilitate catching activity that is fraudulent. As an example, let’s say that you have a Vehicle with VIN number 1GCEC1111XXXXXXX, and there’s already a vehicle with that same VIN number in the CA DMV database or another state’s DMV – this is an automatic trigger that there is something wrong. We like to consider a vehicle verifier as gatekeeper against fraud to many degrees.

Requirements to Register Out of State Vehicles in California

The VIN verification process is mostly used for bringing in vehicles that are from other states into the DMV system, however, it is also used for other reasons by the DMV and other entities. Below are a few of those scenarios:

Some individuals or companies may have multiple vehiclesthat need a vehicle verification. For this scenario, by far, the #1 solution is to have a mobile VIN verifier come to your location and get all your VIN verification done. Call us to make an appointment: 951-394-7012 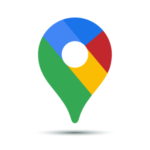 Riverside County is a county located in the southern portion of the U.S. state of California. As of the 2010 census, the population was 2,189,641,[3] making it the fourth-most populous county in California and the 10th-most populous in the United States. The name was derived from the city of Riverside, which is the county seat.[5]